While SB 128 supporters say it protects religious beliefs, others say it is discrimination reminiscent of Jim Crow law days. (photo by Jack Siebold)

Are bills to ‘protect’ or ‘segregate?’ 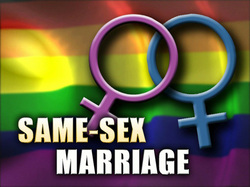 Two proposed legislative bills to shield people and organizations that shun same-sex marriage couples won’t survive long, according to David Patton, president of the board of the Black Hills Center for Equality.  “For the most part, these (Senate Bills 66 and 67) are redundant,” he said.

The first protects clergy and others in religious organizations from any state criminal or civil action if they refuse to perform a same-sex marriage.  Patton shrugs at this bill simply because, “No one wants to get married in a church that doesn’t want them.”

Senator Ernie Otten (R-District 6)
The bill’s sponsor, Senator Ernie Otten (R-District 6), has a different perspective.  He believes clergy could be targeted just because of their religious views.  “When we see what is happening in America by radical activists, a new level of intolerance has been brought forth,” Otten says. “It’s the intolerance of conscience.  It is conscience that guides us, strengthens us, and gives us a sense of purpose. “

The second bill goes further, allowing anyone or any business to deny any service if they thought it was going to be part of a same-sex marriage ceremony or celebration.  “This matter of conscience must be protected from those who are intolerant of someone else’s deeply held religious views,” Otten explained.  “These radical activists are targeting Christian individuals and businesses to force them to comply or face financial  ruin.”
“Seems like they are trying to set up a Jim Crow law,” Patton countered.  “It is pure segregation.  What’s next, Muslims?  This is an absurd law and the South Dakota Legislature is smarter than this,” Patton added.

“It is important that you actually read the bill,” Otten stressed.  “I’m not forcing or imposing an agenda on anyone.  What it does do, however, is protect any South Dakotan from anyone trying to impose his or her radical views upon them by way of strong-arm tactics using legal and financial threats.”

If by some chance, Senate Bill 67 does pass, Patton is confident it won’t be on the books for long.  “This law won’t stand in front of federal action, just like Jim Crow laws,” Patton explained.

The bills have not been scheduled for a hearing yet in the Senate judiciary committee. 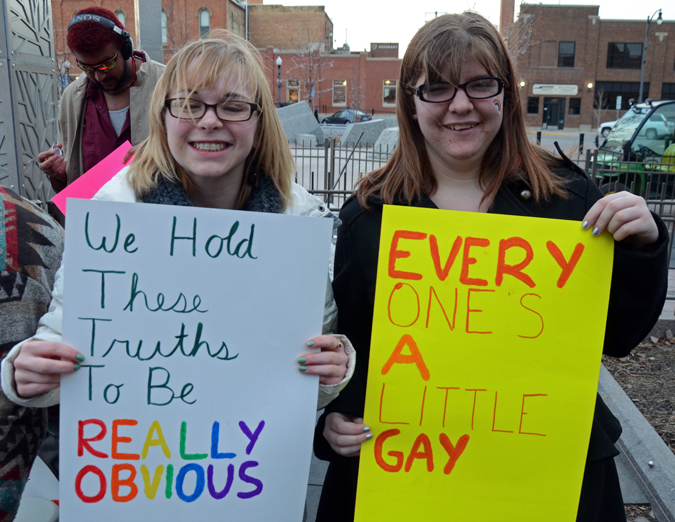 As serious as the issue of gay rights versus religious beliefs, there is always room for a light moment. (photo by Jack Siebold)